Over a year later, Klaus returns to New Orleans, hoping to repair his relationships with his brother, Elijah and niece, Danielle whom he has been estranged with. When Elijah begins a fresh start in his life with the help of Katherine, Danielle continues her rule of New Orleans with a few new changes and with the support of Marcel and Davina. Meanwhile, as Leon's bond with Danielle continues to develop, he comes across a new enemy....the Mikaelsons' first sire and Sophia returns to Tokyo with unfinished business. 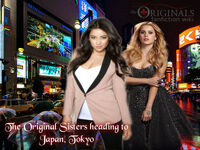 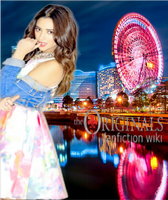 Choices to be made...

Time to let go...
Add a photo to this gallery

Retrieved from "https://the-originals-fanfiction.fandom.com/wiki/Season_Three_(TOF)?oldid=24489"
Community content is available under CC-BY-SA unless otherwise noted.