The relationship between Aria and Niklaus Mikaelson. This is one of the complicated relationships in the series. They met in 1910 in fell in love but due to Mikael appearing, he had to leave her. This was one of Klaus' most important relationships throughout his life where he could show a bit of his humanity. When Klaus discovers that it was Aria trying to kill his niece, Danielle, the whole time, he realizes that Aria is now his enemy but cannot bring himself to kill her for revenge of his niece.

From Sophia's suggestion, Klaus saved Aria from dying. After months of living with each other and teaching her how to be a vampire. They fell in love. But Klaus had to let her go due to Mikael finding him. He came back for her but she had already went searching for him.

In Blast From the Past, Klaus reveals to Sophia what really happened to Aria. Sophia is raged when she finds out Klaus left Aria when Mikael came to town. He says he is awaiting her return.

Klaus and Aria are reunited in Bring It On.

Aria I',m sorry but I just don't feel that way about you anymore.-At first I was upset, but now I can care less, I have someone. (Klaus looks in shock.)

Klaus and Aria to each other

Do you really think I wanted to go this low Klaus? I didn't you were never going to come back for me. You wanna know how I know because you went to go fall in love with somebody else! Funny thing is you left them all like you left me. Except for Caroline that is. I was never the enemy. I never will be. I just wanted you to feel the pain you brought to me. What if Caroline told you she loves you then just leaves and you find out she falls in love with somebody else. Hurts doesn't I never planned to kill Danielle I just wanted you to feel what I felt. Neoma showed me EVERYTHING you've done. I don't even know who you are! (Aria now crying.) So call me evil Niklaus say you hate me. But what you did to me was way worse. I tried to forget you once I found what you were up to. It's too hard to fix a broken heart. So yeah I lied to make it look like I forgot you and I was over you. But I might never be over you.

Just please say you forgive me for what I did- I forgive you.

We can make our friendship grow but our relationship..... Guess we just have to wait and find out. 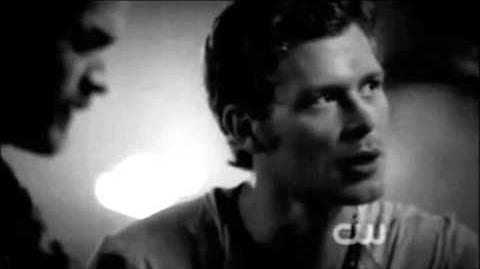 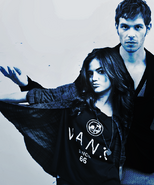 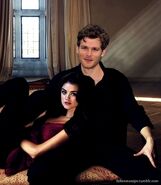 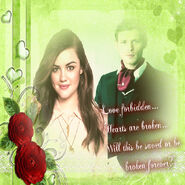 Love and War Promo
Add a photo to this gallery
Retrieved from "https://the-originals-fanfiction.fandom.com/wiki/Aria_and_Klaus?oldid=12221"
Community content is available under CC-BY-SA unless otherwise noted.